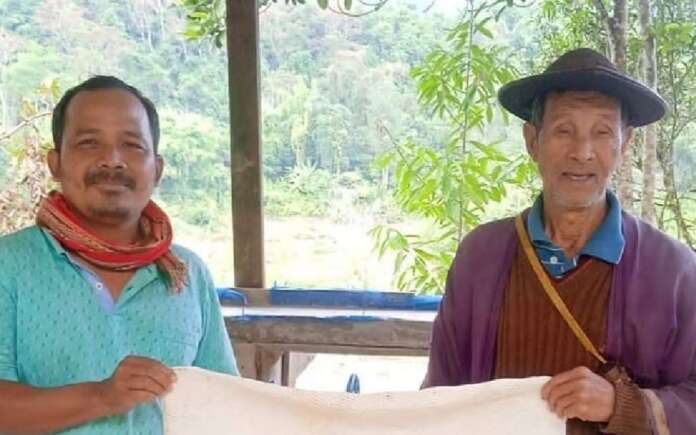 Arunachal: At the age of 82, an elderly village head has turned a successful Agri-entrepreneur after parenting a record number of children as officers in the Government of Arunachal Pradesh, for which he and his better half Mongam Ete Padu received the ‘Governor of Arunachal Pradesh State award for Best Parent.’

He began planting rubber trees on an experimental basis in 2007 after purchasing them from Itanagar nurseries. In 2011, he began his own rubber plant nursery by obtaining stumps from the Manimalayar Rubber Board in Guwahati and planting the money crops in 2013. Due to the ‘TAH’ (Trans-Arunachal Highway) building activities in 2016, two of the seven ‘Pogam Padu Rubber Farms’ were entirely destroyed, leaving only five rubber estates with more than 8,000 rubber trees.

Plantations appeal to him since he enjoys growing trees and preserving a green environment. At the same time, he needed a steady source of income, so he started working in rubber plantations. He is the district of West Siang’s first rubber grower. He went on to say that he later received technical assistance from the Rubber Board of India’s Itanagar field officials as well as scientists from the Manimalayar Rubber Board.

He is appreciative to the Arunachal Pradesh government for providing free roller machines through the West Siang district’s District Agricultural Officer. The Rubber Board in Itanagar has all of his rubber estates registered.

People who attended the ceremony: