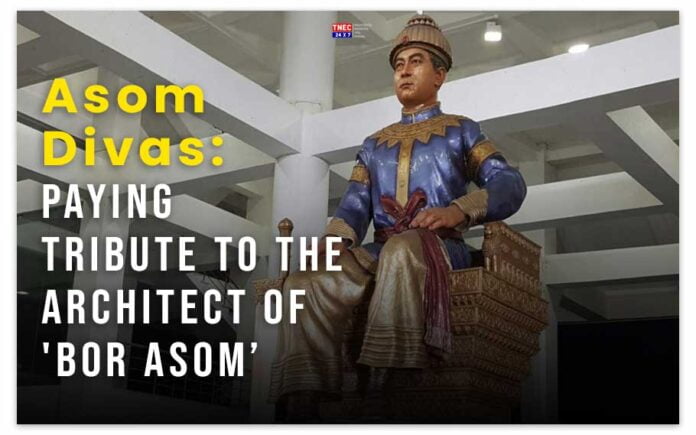 There were such times in the history of Assam when the state needed people who were competent enough to lead the people at those periods of crisis and stabilize the entire decorum of the region.

It was in the 13th century when a ruler named Chaolung Sukapha came to Assam from Mong Mao in 1215, crossing the Patkai hills at the Pangsau pass and reached Namrup (in the Brahmaputra valley) in December 1228.

After reaching Namrup, and amidst a lot of hardships, Sukapha in 1253 built his capital city at Charaideo near present-day Sibsagar town.

What is Asom Divas?

The festival of Sukapha Divas also known as Asom Divas is organized annually on December 2.

On this day the state of Assam celebrates the legacy of the first king of the Ahom kingdom in Assam and commemorates his arrival in the region in the early 13th century.

Sukapha is widely referred to as the architect of “Bor Asom” or “greater Assam.”

As per the Ahom tradition, Sukaphaa was a descendant of the god Khunlung, who had come down from the heavens and had ruled Mong-Ri-Mong-Ram and with him brought a divine diamond chum-Phra-rung-sheng-mung in a box, a divine tusked elephant, a divine chicken Kaichengmung, a divine embroidered cloth, a divine pair of drums, a divine sword Hengdan.

It was in the year 1268 when the ruler died in the Ahom kingdom of Charaideo.