The Assam government has decided to move the Supreme Court within 15 days to resolve the inter-state boundary dispute with Mizoram amicably.

This development comes at a time when tensions have been running high along the Assam-Mizoram border following the July 26 violence.

Chief Minister Himanata Biswa Sharma on Sunday said he doesn’t mind the neighboring state filing an FIR against him, but would not allow state officers to be investigated.

“I’m happy if filing an FIR against me resolves the issue, I’ll go and appear before any police station. But I will not allow our officers to be investigated. We will go to Supreme Court to resolve the boundary dispute,” said Sarma.

Violence between Assam and Mizoram

Six Assam police personnel died and another 50, including civilians, were injured when violence broke out between Assam and Mizoram police on July 16.

The clashes took place in a disputed area between Lailapur in Assam’s Cachar district and Vairengte in Mizoram’s Kolasib district. 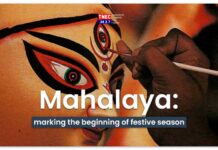 The lost city of Pompeii