Cryptocurrency: Rise of the future currency 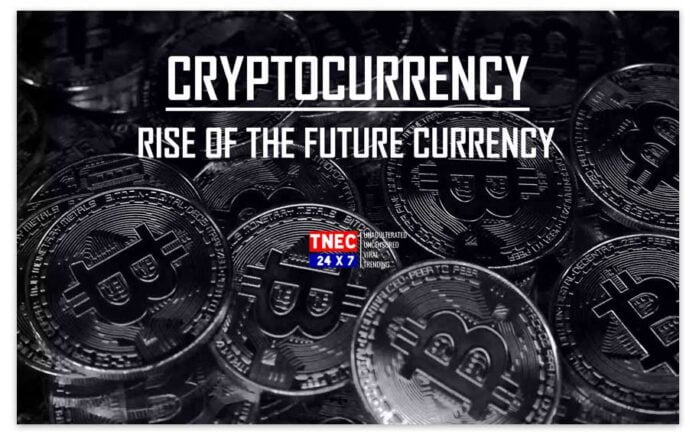 When it comes to cryptocurrency, there is a massive unseen tsunami of technological disruption forming at the moment, and its flow has initiated from the emergence of Bitcoin being the first and the most popular. This can be called the new wave of the Internet of money.

At the moment, we are kind of in the 1993-1994 creation period during the early Internet days, and Facebook and Twitter of Cryptocurrency are a decade away. But, with the increasing rate of innovation, it is estimated to be closer to 3-5 years away.

Cryptocurrency (or “crypto”), which is earning huge popularity, is a form of payment that can be exchanged online for goods and services. Many companies have issued their own currencies, often called tokens, and these can be traded specifically for the goods or services that the company provides.

Consider them as arcade tokens or casino chips. One needs to exchange real currency for cryptocurrency to access goods or services. It uses a technology called blockchain, which is a decentralized technology spread across many computers that manage and record transactions. Part of the appeal of this technology is due to its security.

A cryptocurrency may be a medium of exchange that is digital, encrypted and decentralized. But, unlike the U.S. Dollar or the Euro, there’s no central authority that manages and maintains its worth. Instead, these tasks are broadly distributed among a cryptocurrency’s users via the web.

Most of us might be familiar with the foremost popular versions, Bitcoin and Ethereum, but interestingly, there are around 5,000 different cryptocurrencies in circulation, consistent with CoinLore.

Even though Crypto can be used to shop for regular goods and services, many investing in cryptocurrencies treat it as investing in other assets like stocks or precious metals. While cryptocurrency may be novel and exciting, purchasing it is often risky and you need extensive research to completely understand how each system works and whether or not to invest in it.

Cryptocurrencies are amassing huge popularity among their supporters for various reasons. Cryptocurrencies such as Bitcoin are seen as the future currency, and people are racing to buy them now, presumably before they become more valuable.

It removes central banks from managing the money supply since over time these banks tend to reduce the value of money via inflation, so cryptocurrency looks like a better alternative. The blockchain technology behind it makes it more secure than traditional payment systems. Some speculators like cryptocurrencies because they’re going up in value and have no interest in the currencies’ long-term acceptance as a way to move money.

How to buy cryptocurrency?