Fascinated by Indian Mythological tales? Here are 5 myths and legends that will leave you mesmerized 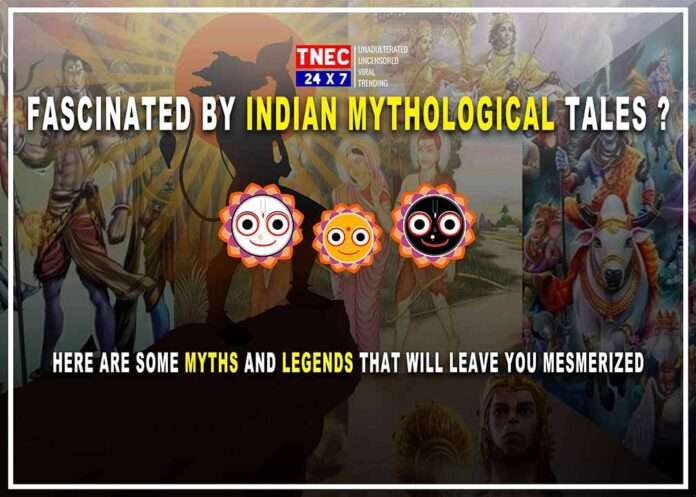 India has a very deep history buried in its roots, this gives rise to a lot of interesting stories, legends, and superstition. These stories have been passed on for generations and have been told over a million times.

It wouldn’t be wrong if we say that they existed as the core at the heart of Indian Mythology and might as well be true since the number of people believing them is beyond count.

Most Indian myths and legends have been derived from two of its epic sagas, Mahabharata and Ramayana, as well as from the ancient Hindu texts, Puranas. The spellbinding stories in these books excite, enthral and frighten readers at the same time.

If you too are fascinated by Indian folklore then here are some really intriguing legends and stories from ancient civilizations to mystical creatures brace yourself for some of the most fascinating Indian myths and legends that will surely captivate you and leave you spellbound.

In Hinduism, there are four distinct epochs, or yugas, and we are currently living in the fourth stage called the Kali Yuga.

This era started in 3102 BC when Lord Krishna left the earth for his heavenly abode after the great Mahabharata War and thus began the degeneration of human civilization.

The ancient Hindu texts of Puranas characterized Kali Yuga as being dominated by avarice, hatred, intolerance, lust and corruption. In this dark age, the average human lifespan is the shortest, lasting about 70 years whereas, in the first era of Satya Yuga, life expectancy was as long as 4,000 years.

‘Samudra Manthan’ The Existence Of Amrit

The story is taken from the Bhagavata Puranas. It was the battle between the Devas and the demons or the rakshasas.

The ocean was to be churned in order to get Amrit or the drink of immortality. Samudra manthan or Ksheera Sagara Mathanam, Churning of the Ocean of Milk is one of the most famous episodes in Hindu mythology.

According to the Hindu epic, Ramayana, the bridge was built by Lord Rama’s Vanara (ape men) army to help him rescue his wife, Sita, who was a captive under Ravana, the king of Lanka.

Interestingly, the documentary What on Earth, which airs on Science Channel, scientific analysis claims that the bridge is man-made and not natural as previously thought. This has added fresh credibility to the legend in the Hindu mythological text.

The Eternal Flame At The Jwala Ji Temple

Located in the Kangra district of Himachal Pradesh and it is one of the oldest temple in India.

The famous Jwalaji Temple is dedicated to Goddess Jwalamukhi, the one with the flaming mouth. Having a lot of spiritual significance among the believers.

The temple although has no statues or shrines but has a blue flame emerging from the rocks.

Fascinatingly the flame is said to be burning since the day people came to know about this temple.If the legends from this place are to be believed, it was a shepherd who discovered these flames for the first time. The mentions of this temple are also in Mahabharat and other scriptures.

Believed to be protected by the mystical naagpasham (serpent noose).

They also narrate tales stories of how, when the state was afflicted by a famine 100 years ago and the authorities had tried to force open the vault they had heard sounds of ocean waves crashing against its doors.

The Indian civilization being one of the oldest in the world, there is no dearth of such mythological tales. Ancient Indian religious texts mention various such tales and stories.

India is home to the some most fascinating stories and myths and some of them also come in forms of architectural wonders, monuments, temples etc.

There is always that special spot in our hearts when it comes to supernatural stories; you believe it or don’t is another topic. Things get more interesting when we get past the hurdle, of common sense.