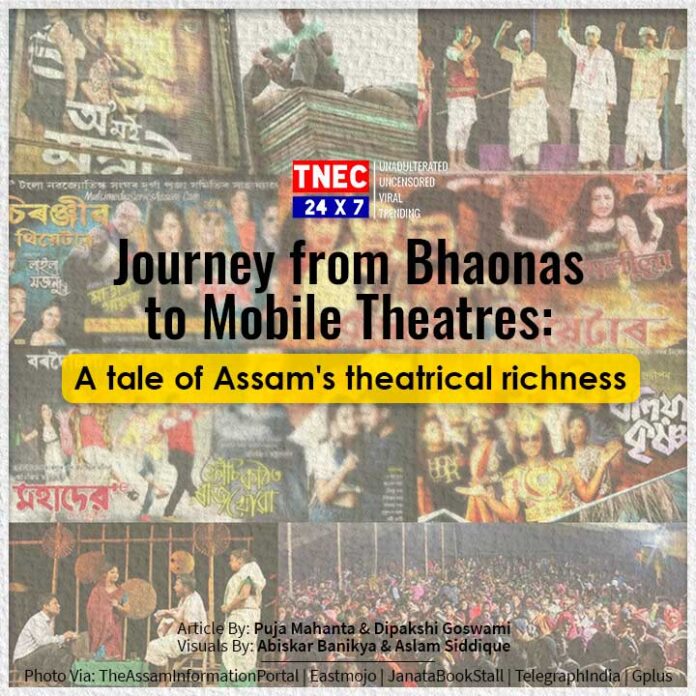 Article by: Puja Mahanta and Dipakshi Goswami, The North-Eastern Chronicle

Art and society are in a constant condition of reciprocal reliance, almost like a chain relationship.

Theatre is a one-of-a-kind human-created art form. The term “theatre” refers to a type of human expression and creative activity that takes place in front of an audience.

The social and political environment, as well as individual, technological, and aesthetic influences, are the primary determinants of this art form.

The history of Assamese theatre goes many centuries back.

Also read: Mimi: A new perspective on motherhood! A movie worth watching!

Contribution of Srimanta Sankardev in Assamese drama and theatre

Srimanta Sankaradev who is the great Vaishnavite saint of Assam, was the pioneer of Assamese drama and theatre.

He introduced innovative dramatic practises that encompassed the most natural expressions in the sphere of drama.

In the fifteenth century, when Sankaradev was only nineteen years old when he organised a dramatic performance known as Cihna Yatra, which literally stands for ‘Pageant on Painted Scenes’.

Cihna Yatra may be regarded as the ‘preamble’ to the first regular Assamese theatre, stage and music.

It was the first work of its kind in the entire range of Modern Indo-Aryan languages. Assamese theatre has a long and illustrious history.

One type, known as Ankiya Nat or Bhaona, was performed in community halls known as nam-ghar and was composed by Vaishnava reformers like Sankaradeva and Madhavadeva.

Sonit Kuwari, a romance play in which the characters Usha and Anirudha are still popular in Assam, was written by him. Joymoti, a play by Padmanath Gohai Baruah, has a historical significance in Assamese theatre.

The storey of Joymati is based on a play by famed Assamese writer Sahityayatri Lakshiminath Bezbaruah, and it depicts the heroic struggle of a historical figure, a noblewoman from the royal Ahom dynasty, in 1644-45.

To save her country and spouse from a puppet ruler controlled by a corrupt minister, the woman makes a great sacrifice.

From Dhubri to Sadiya, the Kohinoor Opera staged dramas that drew thousands of people.

Natyacharya Brajanath Sarma, popularly known as Natyacharjya (a guru of dramatics), was born in the village Sila in the Bajali area of modern-day Barpeta district of Assam in 1930 and founded the Kohinoor Opera.

From Dhubri to Sadiya, the Kohinoor Opera staged dramas that drew thousands of people.

On October 2, 1963, in Pathsala, the first Mobile Theatre play was performed.

Adaptations of famous Assamese novels, Greek classics, and Hollywood blockbusters are among the plays offered by the troupes.

Mr. Sebabrata Barua wrote the drama Pabitra Paapi, which was based on the Greek tragedy Edipus the King by Sophocles. Mr. Baharul Islam, a prominent NSD graduate actor-director of Assamese theatre and cinema, directed it.

Mr. Mahendra Barthakur wrote the script for the mobile stage version, which was directed by Mr. Atul Bordoloi.

In the society, this play had caused quite a sensation.

In 2003-04, they not only performed Mr. Kanchan Barua’s popular novel Ashanta Prahar, which was penned by Mr. Mahendra Barthakur and directed by Mr. Hemanta Dutta and Mr. Suren Mahanta, but they also presented two dance-dramas based on notable literary masterpieces by acclaimed Assamese litterateurs.

In Assam, there are around 30 mobile theatrical groups, the most of which are situated in Pathsala.

Impact of Covid-19 on Assamese theatres

Bhramyoman groups, which are an important part of the state’s culture, are on the verge of extinction.

It so validates the importance of mobile theatre in the state’s media and entertainment industries. Assamese culture now has a distinct identity.

Considering Assam’s theatrical richness, cultural landscape of Assam is certainly not restricted to Bihu and Sattryia, but reaches far beyond.

A combination of art and commerce, mobile theatre is a hybrid of the two.

It has also made significant contributions to Assamese people’s socio-economic and educational advancement. 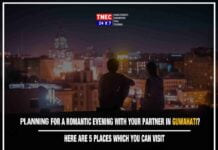 Tim Bergling: How the world lost a hero?

Man runs at high speed after being startled by snake; video surfaces