Kataluna Enriquez: The transgender beauty who took the world by storm 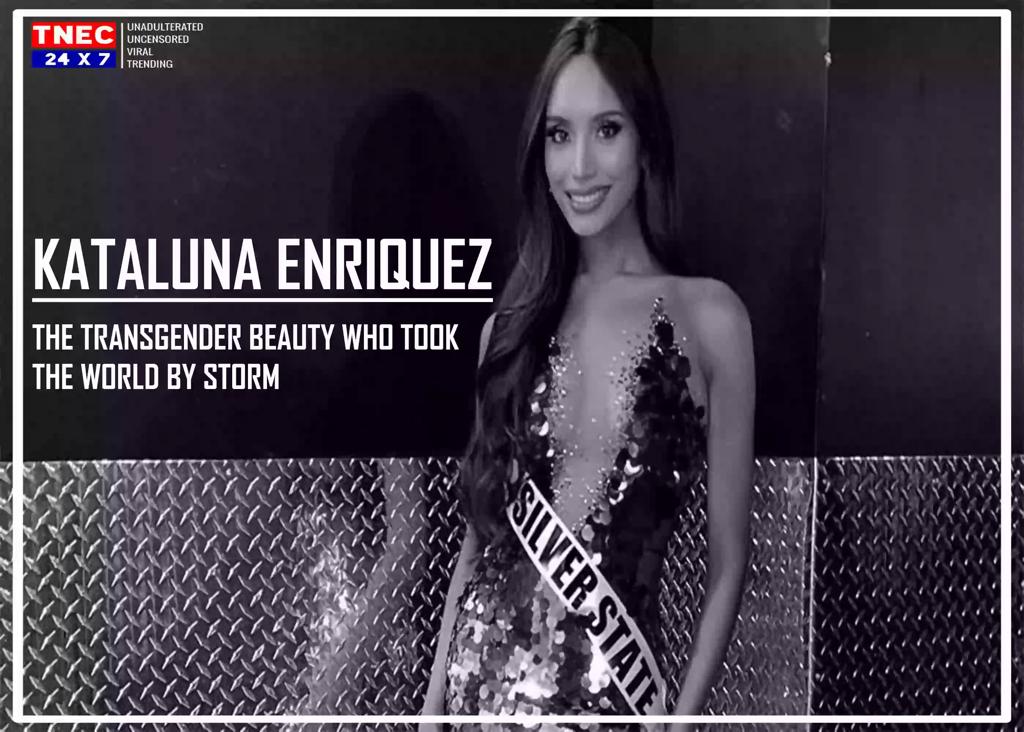 As the world as a whole move on to a new sphere of progress, so does the LGBTQ+ community. But despite the progress, the community is still facing discrimination in their personal lives, in the workplace and the public sphere, and in their access to healthcare. Even there are examples of people from the community altering their lives to avoid this discrimination and the trauma associated with unequal treatment.

However, despite all the discrimination and unequal treatment the community is facing, individuals from this community are seen taking over the world. One such notable instance is an American-Filipino transgender woman Kataluna Enriquez who will compete in Miss USA in November this year after winning Miss Nevada beauty pageant on June 27.

After winning the Miss Nevada pageant on June 27 she went on to Instagram and expressed her thanks to her community and wrote, “My community, you are always in my heart. My win is our win. We just made history.”

Kataluna had designed and sewed all the ensembles she wore throughout the pageant. She shared these on her Instagram and said that these colors honoured the pride month and also “all of those who don’t get a chance to spread their colours.” She also told in an interview that,”I told the judges that as a transgender woman of color and a survivor of physical and sexual abuse, I am everything that is under-represented in this country. Our voices matter. Those whose voices aren’t always heard deserve the chance to be heard.”

Geena Rocero, a transgender model, producer and advocate, shared her pride at Kataluna’s win and said “I’m so proud of Kataluna’s trailblazing win, especially as a fellow trans Filipina sister. This win will open doors for all pageant systems to continuously advocate for the inclusion of trans women in all pageants, not just in America, but all over the world.”

This is definitely a big victory for the community which has made everyone proud. Its time to fight against any possible discrimination against people who dare to dream and be themselves.