Story of the prodigy Leo Messi: Barcelona to Paris Saint-Germain 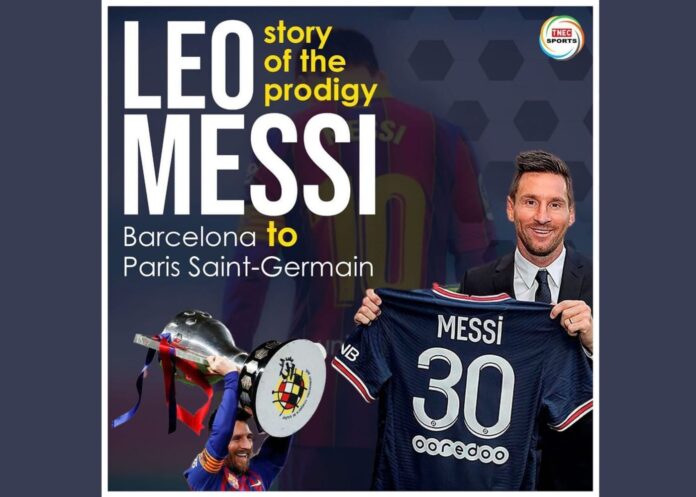 Lionel Messi joined Barcelona at the age of 13 and debuted at the mere age of 16, ended his contract with the club this year. Messi was born in Rosario, Argentina and he started playing football when he was only five years old in a club called Grandoli.

He was able to perform so well that everyone around him started to believe that he was quite talented on the football field. But he was diagnosed with a growth hormone deficiency and it would cost a large sum of money for his treatment.

His parents were not able to afford his treatment but luckily when Messi tried out for Barca, they were so impressed by his talent that they were ready to bear his medical treatment.

Though he was not able to play for a short period due to his injury in the latter half of the 2006-07 campaign, he played magnificently. He was the youngest player in the team and score a hat trick against Real Madrid in an intense El-Classico, he also earned 11 goals in the last 13 games of the season. Barca lost more games to Real Madrid; Despite this Messi still managed to be a rising star.

In the year 2007-08, UEFA Champion League, Barca lost to Real Madrid by a single goal. Messi took the game to the next level under Pep Guardiola scoring 38 goals in all the competitions and won the Treble-The Spanish Cup, La Liga and the UEFA Champions League.

Messi scored by defeating the Barca rival, Real Madrid and Manchester United. Eventually, he recovered from the injury he sustained and played in the 2006 world cup.

On the other hand, Messi’s remarkable goal in a Copa Del Rey match against Getafe in April 2007, reminds people of Maradona’s famous goal against England in the 1986 World Cup quarterfinals.

But despite how he became the world’s most successful footballer especially with his year’s long contract with Barcelona, his contract with Barca will no longer be renewed which ended on June 30 and he left the club for PSG.

The La Liga Club stated that due to financial and structural obstacles they blamed it on Spanish league regulations because of which the player left. Though both the parties deeply regret leaving, FC Barcelona expresses gratitude to the player for his contributions and wishes best for his future.

The Argentina and former FC Barcelona captain who signed a two-year deal with French League club Paris Saint-Germain (PSG) on 10th August 2021, Messi, said that he was excited to join the club as it matches his football ambitions.

List of unsung heroes who have won Padma Shri award 2022

List of unsung heroes who have won Padma Shri award 2022

Cotton University issues notice to hold offline classes for all

Arunachal: Chum Darang from Pasighat to make her first Bollywood debut with ‘Badhaai Do’