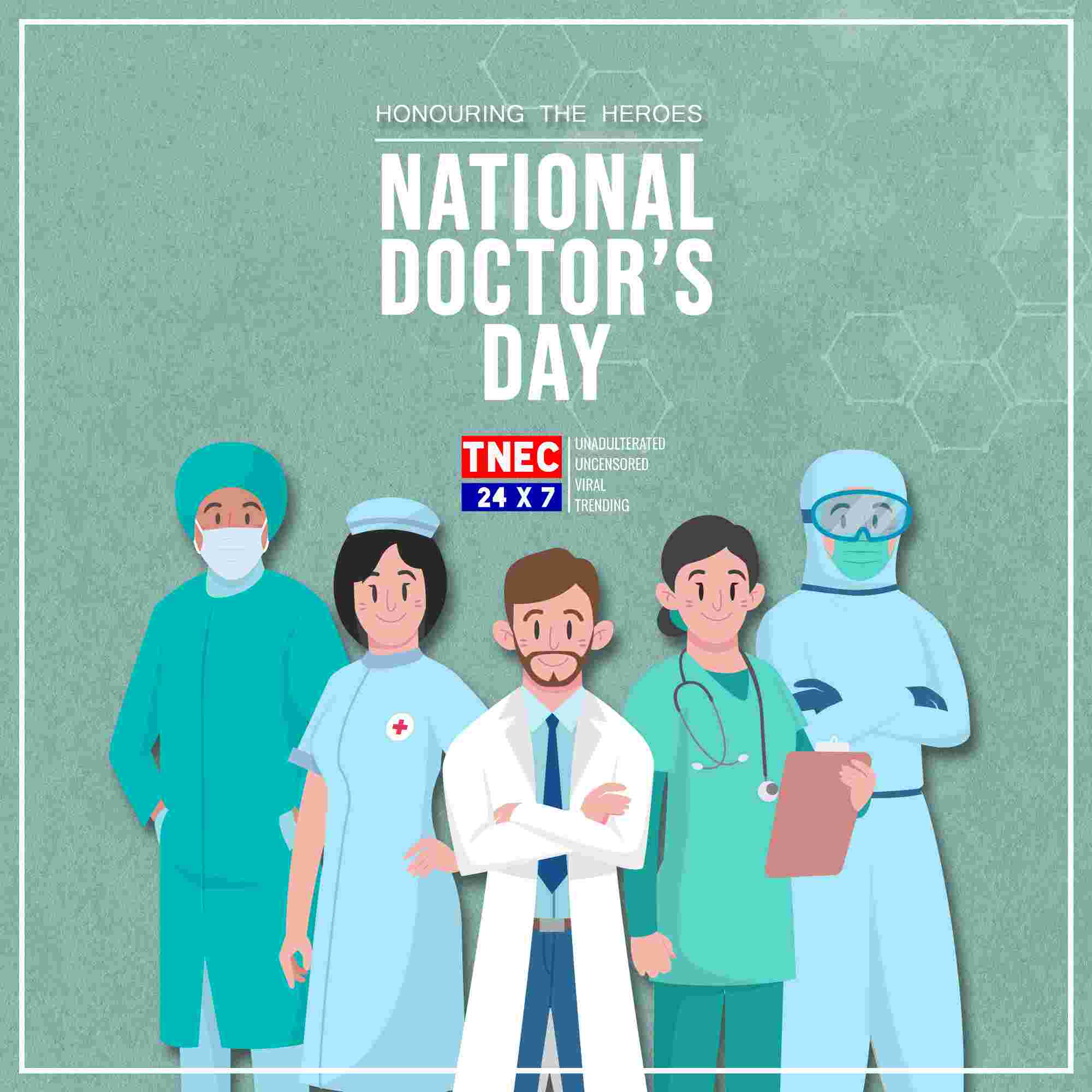 Pandemic has once again reminded us about the selfless sacrifices and contributions made by doctors and health care workers around the world. National Doctor’s Day was first observed by the Indian Medical Association (IMA) in 1991 honoring the birthday of the doctor and second Chief Minister of West Bengal Dr. Bidhan Chandra Roy for his great contribution in the field of medicine in the country.

Roy was a great doctor who contributed to the well-being of the people. When he returned to Calcutta from England after his graduation, he joined Provisional Health Service and exhibited immense hard work and dedication, and even practiced as a private physician charging nominal fees. He taught at Calcutta Medical College and later at Campbell Medical School and Carmichael Medical College.

He played an important role in establishing Jadavpur T.B. Hospital, Chittaranjan Seva Sadan, Kamala Nehru Medical Hospital, Victoria Institution(college), and Chittaranjan Cancer Hospital. His love for humanity was seen when in 1942 Rangoon fell to Japanese bombing resulting in the departure of people due to fear of Japanese invasion from Calcutta, he acquired air-raid shelters for schools and college students to have their classes in and helped students and teachers and employees alike providing them with necessary things. This act of humanity gave him the title of Doctorate of Science in 1944.

He always felt that the youth of India are the future of the nation. They should not waste their time taking part in strikes and fasts, rather give their heart and soul to study and social work. While delivering a speech at a convocation at the University of Lucknow on 15 December 1956, Dr. Roy said: “ My young friends, you are soldiers in the battle of freedom-freedom from want, fear, ignorance, frustration, on and helplessness. By a dint of hard work for the country, rendered in a spirit of selfless service, may you march ahead with hope and courage…”

Roy was a friend and doctor of Gandhiji, when Gandhiji was fasting in Parnakutivin, Poona in 1993, Dr. Roy visited him and tried to give him medicines but during that time Gandhiji was against foreign products and asked Dr. Roy “why should I take your treatment? Do you treat four hundred million of my countrymen free?” Dr. Roy replied,“ No Gandhiji, I could not treat all patients free. But I came… not to treat Mohandas Karamchand Gandhi, but to treat “him” who to me represent the four hundred million people of my country.”

He joined politics in 1925, ran from Barrackpore Constituency, and defeated the “Grand Old Man of Bengal,” Surendra Nath Banerjee. He was then selected for the All India Congress Committee in 1928. His efficiency in conducting Civil Disobedience Movement in Bengal in 1929 made him a member of the Working Committee (CWC) but soon it was declared an unlawful assembly and Dr. Roy with his members were arrested. Congress requested Roy to remain out of prison and discharge his duties of the cooperation. He became Alderman of the cooperation and Mayor of Calcutta. He started expansion of free education, free medical aid, better roads, improved lighting, water supply, and dispensing grant-in-aid to hospitals and charitable dispensaries.

On Gandhi’s advice, Roy took the position of the CM of Bengal with commendable hard work and dedication law and order came back in Bengal within three years. For his work in medical science and politics, he was awarded the “Bharat Ratna” on 4 February 1961. On July 1, 1962, we lost him on his 80th birthday. After his death, his house was gifted for running a nursing home named after his mother, Aghorkamini Devi. He even constituted a trust for his properties in Patna to carry out social work.

After his death, in 1962 in his memory B.C Roy National Award was instituted and has been awarded annually since 1976. This award was given out to recognize the excellent contribution in the fields of medicine, politics, science, philosophy, literature, and arts.

Because of the current hard times the world is facing, doctors have put forward their selfless work towards mankind. They took our pain and tried to ease it in their capacity but never kept us alone. We all thank doctors for their hard work and the love and care they show towards their patients.