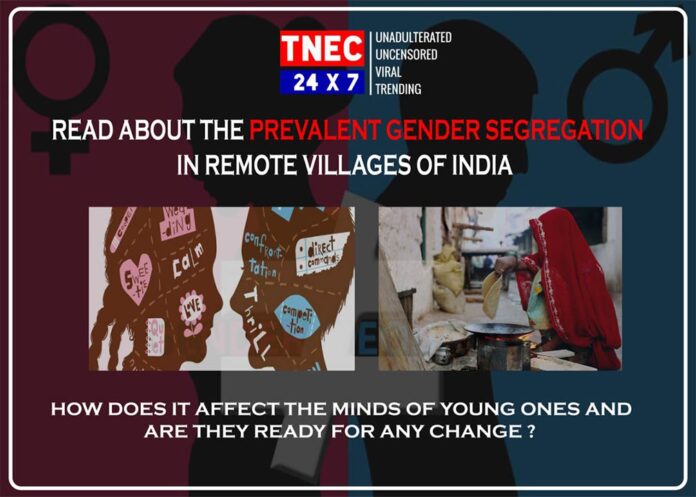 Gender segregation can be simply defined as physical and spatial separation by sex without any implications of illegal discrimination.

Gender segregation has long remained controversial as it can be a violation of capabilities and human rights and can create economic inefficiencies.

Administrative : This type of segregation involves public and government institutions segregating by sex in their operating capacities. For example- sports leagues, public hospitals with shared rooms, rehabilitation programs, and some public education facilities.

Mandatory : This type of sex segregation is legally required and is enforces separation based on sex. Examples of such would be men and women in prisons, law enforcement, military service, public toilets, and housing.

Permissive : This type of segregation is allowed by law but not necessarily legally required or encouraged. Examples of such include traditionally admitted students in institutions based on sex, health clubs, athletic teams, social fraternities etc.

Voluntary : Voluntary sex segregation refers to lack of explicit legal prescriptions; it does not necessarily indicate the free choice of either the segregated or the segregators.

India too has a fair share of segregation based upon sex or gender. Though it isn’t very much prevalent in urban areas, it is readily seen in remote villages of India.

The type of segregation that runs in India can be identified as voluntary segregation which are imposed by social and cultural norare.

In many villages of North-India, the males are segregated from females through an extra space known as the ‘Baithak’. In such systems, women are confined to homes and men gather on this so called ‘Baithak’.

The Baithak is a collective place where men, starting from the age of 10-12 to the elderly used to spend their time. In these system the men only goes into the homes where the women are during meal time.

The men would sleep on the Baithak itself.

Why Baithak is important according to elders

According to the elders of those villages, Baithak is important in order to teach young boys not to stray in the path of evil. Like doing anything that would bring shame to his family.

It is also a means for boys to not make contact with women in order to avoid any kind of dishonor.

What the women has to say

The women is those villages are accustomed to the rules they are bound by and rather feels comfortable with the segregation. This is because while growing, the subject of ‘not bringing any dishonor to the family’ has been largely imprinted to their minds.

Are any of those ready for a change

Such segregation brings about about a severe wave of inequality and patriarchy. According to social scientists, these values were created by men for the convenience of men.

And they are now being taught to small kids of age 10-12. Some younger generation caught in this web of segregation are also reluctant to let go of such division by arguing how it is an age old tradition and how it has been teaching young men and women the values of honor in the society.

10 talented girls from Parul University, get recognized by Sikshana Foundation to avail benefits in scholarship

Man runs at high speed after being startled by snake; video surfaces