Seema Rezai, an Afghan lightweight boxing champion was forced to leave Afghanistan to continue her passion for sports after getting death threats from the Taliban.

Ms Rezai told Sputnik that she will leave the homeland alone, leaving her family, because she wanted to continue with her boxing training.

Statements made by Seema Rezai

“When the Taliban seized Kabul in mid-August, I was at boxing training with my coach. But then some people told the Taliban that there is a girl who trains with a male coach, and they sent me to home a written warning about the need to stop training or continue boxing in the United States, promising to kill if I do not agree to do so,” Ms Rezai said.

The player departed for Qatar on On an evacuation flight. He is currently waiting for a visa to the US, where she hopes to contribute to her sports career, reports said.

When did she start boxing ?

Seema Rezai started doing boxing professionally when she was 16. But her family had a negative attitude towards her passion when her coach bought her training equipment.

She aims to win Olympic gold medal for Afghanistan

Seema Rezai is an 18-year-old with the word ‘boxer’ tattoed on her wrist. She is a member of Afghanistan’s national boxing team who started boxing about two years ago.

“I started boxing because I saw Ronda Rousey (American wrestler) fight. When I first started boxing at my club, it was with boys. It was so hard for me the first time,” Seema Rezai told the New York Times with a sparkle in her eyes.

She continued, “Every time I practice, I think about what I can do to move forward and become stronger. My goal is to win an Olympic medal for Afghanistan.”

Everything changed when the Taliban seized Kabul earlier this year

“I had just got to the club. My trainer told me the Taliban have entered Kabul. To make sure there was no problem, my trainer asked me to go home. Later, both the gym and boxing club said they would need to wait for the Islamic Emirate to declare that we are allowed to train before they can let us back in,” she narrated.

Seema Rezai said she is not happy and wanted to join the training as soon as possible. “The less you train, the weaker you become,” she said.

“The Taliban do not like girls training. If they say they are not like the Taliban from twenty years ago, they should permit us to practice. If they don’t, I’ll leave Afghanistan. Without boxing and bringing glory to Afghanistan, staying here would be meaningless for me. I won’t go twenty years back in time,” Seema Rezai stated. 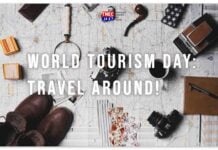 Man dies after gulping 1.5L bottle of Coca-Cola in 10 minutes

How to make your CV stand out among thousands of others? Here’s 5 ways!

Kanyadaan: A ritual that calls to be questioned!