The story behind the making of Barbie 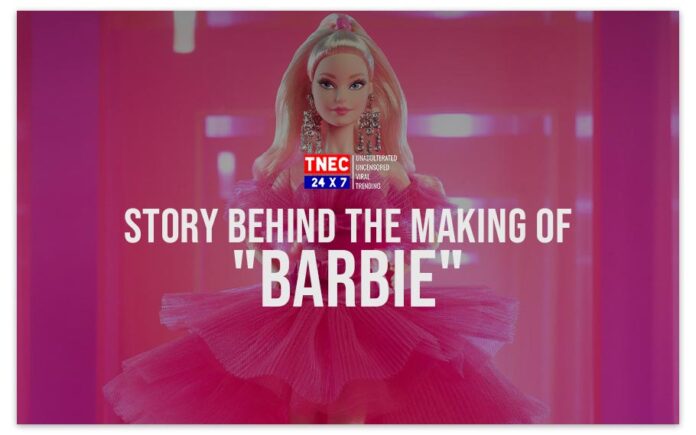 When we hear the word Barbie doesn’t it ring the bells of nostalgia in our lives? One of the most favourite toys of the kids, the Barbie was indeed a priced possession for many children. Whenever there were birthdays, or when we visited the toy shop with our parents, the Barbie was always more favoured than any other toy.

The Barbie is one of the most loved toys amongst children especially girls. They most preferably dressed up their barbie, envisioned the doll performing a particular role, shared the doll and played with their friends all of which is associated with ‘Barbie’.

However, did you know the most liked doll had a history of its own which stretched the way to it becoming a globally popular brand??

Barbie shorthand for the name Barbara Millicent Roberts is a toy doll which was created by Ruth Handler. Ruth was the co-founder of Mattel, Inc. a southern Californian toy company. She along with her husband Elliot introduced the well-known ‘Barbie’ doll to the world.

The idea behind the creation

Ruth Handler was working with her husband Elliot in the Mattel Inc. Ruth however often saw her daughter Barbara playing with paper dolls by assigning them adult roles. This struck a vague notion in her mind to work on a toy.

Once on a trip to Europe with her children Barbara and Kenneth, Ruth came across a doll named Bild Lilli. The ‘Bild Lilli’ was a popular German toy doll that was made keeping in mind the famous artwork of Reinhard Beuthin for the comic strip of the newspaper ‘Bild’.

The fragmented thought of Ruth Handler found a direction. Ruth drew inspiration from the German doll Bild Lilli and upon arrival in the United States discussed the concept with Mattel Inc.

Elliot however like other members of Mattel wasn’t accepting of the idea but that did not stop Ruth from giving the concept a try. Ruth redesigned the doll with the help of engineer Jack Ryan who also worked for Mattel, Inc.

The Barbie was first introduced on March 9, 1959, at American International Toy Fair in New York. Thus, making an iconic doll that ran over many years.

The evolutionary design of the Barbie

The first Barbie doll which debuted in 1959 was an 11inches tall doll that was available in two shades- blonde and brunette. The original model wore a black and white striped swimsuit, her eyes glanced sideways, hair done into a topknot ponytail.

Initially, the dolls were produced in Japan and the clothes of the doll were handstitched by Japanese workers. Over years the design and appearance of the Barbie doll did change.

The most noticeable factor was now the eyes of the doll was modified into looking forwards unlike the original model. The dress of the Barbie was created by Charlotte Johnson, a designer who worked for Mattel. The Barbie now was also available in more than two shades in the market.

Also Read: Did You Know about these top 5 career options that you can opt for?

The success and the story forward

The story behind the success of Barbie is an amalgamation of the design, the concept and the marketing strategy that made the doll popular worldwide.

However, the makers were lashed out by many because of their creation. Mattel Inc was sued for copying the design of the Barbie significantly from the already existing popular toy doll Bild Lilli by Louis Marx and Company.

Parents also criticised Mattel for showing much off the figure in the model. Despite all those, the popularity of the Barbie didn’t diminish.

Barbie was made with the vision of self-sufficiency and marketed as a teenage fashion model doll. Mattel the originator house of Barbie on popular demand also introduced Ken, Barbie’s boyfriend along with her friends in subsequent editions.

The popularity of Barbie dolls was boosted by television advertisements. Mattel was one such toy brand that introduced toys especially Barbie to the public across the globe through broadcast advertising.

Over a billion barbie dolls have been sold since its inception making it one of the most prominent toy brands.

Apart from the original toy doll concept, the stories of Barbie was widely read, it furthermore entered the realm of animation with several films revolving around the concept. The famous song “Barbie Girl” by Aqua was a generation hit.

Barbie a brand in itself brings back the memories of childhood associated with it. The remarkable legacy it has created continues to flow down years after its birth!