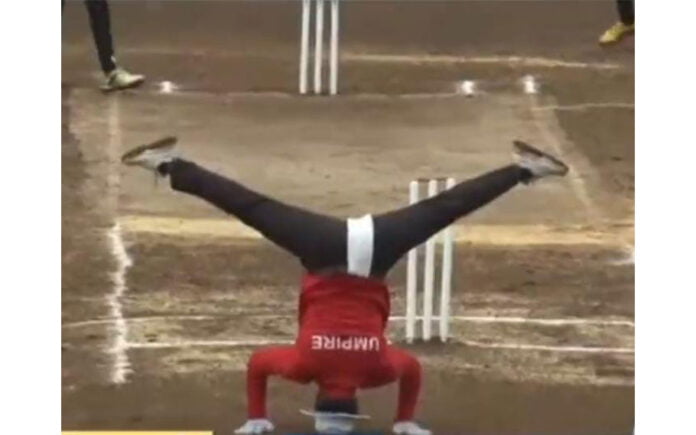 In Maharashtra’s Purandar Premier League, an umpire did just that. He used a yoga stance to mark a wide ball, which startled the crowd at the match.

The man executed upside down leg splits in front of the camera to signal a wide ball. The signal’s video has become extremely popular.

Sarang Bhalerao, a cricket enthusiast, released a video on December 5 that has over 1 million views and 2,000 likes. “This umpire is a rockstar,” Bhalerao stated, adding that his name is DN Rock.

The action astounded the commentator as well. “The umpire is approaching us.” What exactly has he done? Take a look at the broad style!”

In the video, the commentator can be heard saying, “He’s also behaving amazing in his own style.”

The video has internet users in splits. “Looks like a yoga teacher is working as a part-time umpire,” one person noted, while another said it was the “latest signal for wide ball!”

ALSO READ: OMICRON NOT SEVERE THAN OTHER VARIANTS, EXISTING VACCINES WILL WORK